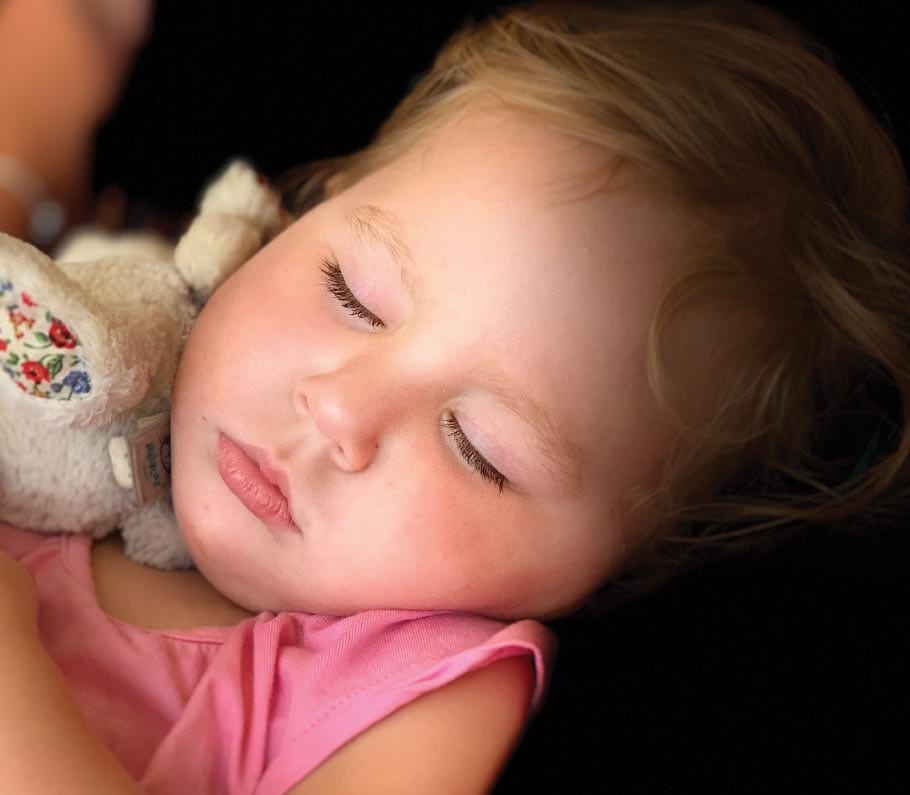 The Science of Beauty

Our faces are our most incredible asset. They hold the keys to human life. Emotion, social interaction, sensation, expression, cooperation and acceptance.

Our faces define us individually and as a species: they open doors, they forge relationships and they express love. I have been fascinated by faces for 20 years. They are why I became a doctor, then a surgeon and finally a specialist facial surgeon. They are why paralysis of the face and it’s physical and psychosocial sequalae are my main research interest.

The face is our most complex system, not only does it house the organs of speech, sight, smell, taste, and hearing but with every breath we take and every bite we eat or drink we sip, the face is the portal of our interaction with the world around us. Our faces are why we are alive, literally, socially and metaphorically.

Physically the face is a fantastically complex structure, it is ever changing, statically and dynamically, it ages unlike any other part of the body and others judge us instantly and regularly on our facial appearance ….”you look well!, “what’s wrong?”, “Are you OK?”

The face should be respected, studied, and cherished – it is always on show. It is for this reason that I only treat the face, my sole focus is on facial aesthetic surgery such as facelifts, as I believe this is the only way it can be mastered. In this one complex feature there is more than a lifetime’s work. An outstanding facial aesthetic surgeon needs to have meticulous surgical technique, an artistic eye and must truly understand the science of beauty. I hope on this page to describe with the kind assistance of my patients my thoughts on the latter.

The central facial triangle is the inverted triangle formed by the 2 eyes and the mouth. It is the first area to draw the gaze of an observer.

It is the only visible feature a newborn child sees in his or her mother and it has been proven that it is the first part of the face strangers assess before all else. In fact Roger Hargreaves in 1971 created a whole community of “people” based on subtle changes of the central facial triangle! 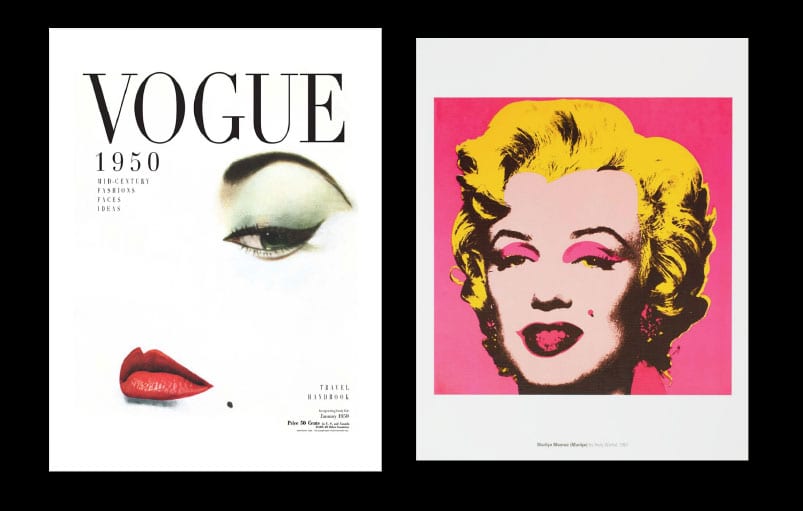 In this way, he emphasised the ‘youth and beauty’ of his subjects. However, Andy Warhol was 17 years late, the Vogue cover voted the most iconic of the 20th century was the January 1950 issue photographed by Erwin Blumenfeld, which distilled the face down to just the eye and mouth and yet we still can perceive it as a face. This illustrates the powerful impact which the features of the central facial triangle have on global facial perception. An understanding of the central facial triangle allows surgeons to look at beauty in a scientific way:

My Patients above illustrate this phenomenon perfectly. All three ladies have petite attractive features, but ageing had reversed the polarity of the central facial triangle. Surgery in both cases restored this balance leaving both looking younger, fresher and beautiful.

A beautiful rejuvenation can only be achieved if natural structure and form is respected. Over filling a descended face will make it look puffy and grotesque, a face that is significantly deflated will look pulled and tight if lifted only. Excess skin and fat deposits in the face and neck need to be removed surgically – threads, fillers and machines don’t cut it. The key is to directly address the causes of the aged appearance in anatomical layers.

There are now far too many facial treatments out there promising the impossible, it’s easy to see how this happened. Relative “demedicalisation” of cosmetic procedures, an increasing consumer drive for fast track and minimal downtime results has led some practitioners to offer ‘lunch hour and non-surgical facelifts” This is irresponsible to prospective patients as at times the marketing can be compelling. These treatments are certainly effective for the right (minor ageing) indications but claims need to be backed by hard evidence and a candid discussion had about their limitations. Every week I meet patients who have wasted £1000s on disappointing or equivocal non-surgical results having been initially dissuaded from surgery. Honest initial advice would have saved them time, money and risk.

The non-surgical market is booming however and for good reason. When treatments are used responsibly and for a specific aim the results can be very good. So with the proliferation of injectable fillers and volumisation as a contemporary buzzword, what is it we are actually treating? As we age, our facial skin becomes thinner, less elastic and sags under gravity and exposure.

This sagging leads to panfacial volume shift, with the skin, fat and muscle volume collecting in the lower facial third (jowls and neck). This is at the expense of the middle facial third – the area between the eyebrows and the nostrils – which become sunken, hollow and skeletal.

Fillers and implants can “replace” this volume and create an illusion of youthful midfacial fullness, but this does not address where that volume has gone to! When I perform a facelift, I am looking to resite native volume back to where it came from, not just replace it with borrowed (fat) volume and or artificial fillers. Traditional facelift techniques can only tighten the underlying muscles in a backwards 45º vector, necessitating secondary procedures to alter midfacial volume – lower eyelid surgery or fat transfer – but to address midfacial volume shift, a more vertical vector is key (more later).

What is the Ogee Curve?

The Ogee curve is the double soft-S curves that are seen from an oblique angle on the youthful face.

There is convex fullness in the tail of the brow that gently curves where the upper and lower eyelids meet, then softly curves outward on the upper cheek to again curve inward just above the mouth.

As we age and lose volume, these natural curves collapse with loss of the attractive fcaial aesthetics of the Ogee Curve.

These patients are excellent examples of women who had lost facial definition, namely their Ogee curves. Prior to their facelifts, their oblique profiles had no definition or depth. Surgery re-sited the descended lower facial third volume in the midface thereby restoring their Ogee curves, supporting the lower eyelid complex and reinstating youthful cheek volume. This is a really important concept and has revolutionised my approach to facelifting. Literally all the traditional techniques I had been taught, seen, performed or read about resulted in a 45º (backwards) tightening of the Superfical Musculo-Aponeurotic System (SMAS).

This to me was an anathema. Our faces don’t age forwards towards the lips so why are we being taught to lift back towards the ear? Looking at the pre op photo we can see, we can see mid and lower facial descent occurs downwards towards the jowl and jawline. So the correction needs to be at 70º upwards to reverse this descent.

As described above in the slides above on mid facial volumetric rejuvenation, this downward descent of the facial soft tissue curtain to the lower facial third, is at the expense of the middle facial third – the area between the eyebrows and the nostrils – which become sunken, hollow and skeletal.

this photo is one of my favourites! it shows the upward direction of my lifts. Traditionally, facelifting pulls the SMAS muscle layer backwards towards the ear (at 45º) which may result in a pulled or windswept look. Lisa has some Melasma (sun spots – circled) and their movement post surgery are a perfect demonstration of the SMAS lift direction / vector which is key to a subtle and natural result.

Traditional facelift techniques can only tighten the underlying muscles in a backwards 45º vector, necessitating secondary procedures to alter midfacial volume – lower eyelid surgery, implants or fat transfer – but to address midfacial volume shift, a more vertical vector is key. By lifting at 70º the infraorbital midfacial volume is restored more often than not obviating the need for contingent lower eyelid surgery. Have a look at all the examples on this page again, all had been told before seeing me that lower eyelid surgery may be necessary. With a 70º vector of lift, I suggest this is not the case. Further photos can be enlarged in the Gallery for closer scrutiny!

The golden ratio (Phi) has fascinated western intellectuals of diverse interests for at least 2,400 years.

Some of the greatest mathematical minds of all ages, from Pythagoras and Euclid in ancient Greece, through the medieval Italian mathematician Leonardo of Pisa and the Renaissance astronomer Johannes Kepler, to present-day scientific figures such as Oxford physicist Roger Penrose, have spent endless hours over this simple ratio and its properties. But the fascination with the Golden Ratio is not confined just to mathematicians. Biologists, artists, musicians, historians, architects, economists, astronomers, psychologists, and even mystics have debated the basis of its ubiquity and appeal. In fact, it is probably fair to say that the Golden Ratio has inspired thinkers of all disciplines like no other number in the history of mathematics.

Phi, named after Phidias the greek sculptor who made the Parthenon statues conforming to the ratio, is the simple mathematical ratio 1.618, it is the code of beauty and is present throughout all living things. I have been fascinated by the golden ratio since I first read about it as a teenager. I use Phi proportions subjectively as another tool when analysing a face. In the slide above proportions are restored after surgery – note specifically the horizontal elevation of her mouth corners and the relative proportions in her midface vertical section.

With this in mind he developed a series of masks based on the golden ratio to template facial aesthetic perfection. Below, I have applied the masks to iconic beautiful faces from past eras and current times. The results are fascinating. Styles may change, but structural facial beauty is quantifiable it seems. Just like hairstyles, makeup shades, and clothing fashions, different shapes and textures of eyebrows go in and out of style over time. In the the ’20s and ’30s, it was all about thin, dramatic brows with lots of curves. In the ’80s, it was all about a bigger-the-better attitude. And then there were the ’90s, when brows were so thin, tweezers worked overtime before the browline was pencilled back in!

What we do know, is that a defined eyebrow brings balance to the face. It frames our eyes and provides a foundation for the central facial triangle. A huge body of work exists that describes in detail the eyebrow and eyelid aesthetic ideal. Simply put, both Males and Female have an ideal range in which the lateral brow should sit relative to the orbital bony rim, any variation from this ideal is unattractively perceived.

View the Secrets of Skincare